Squidward's earned his chance to wow a crowd during the Symphony Orchestral performance in Glove World. As Squidward is warming up, he receives a call from Mr. Krabs, warning him about a smelly-smell, the kind of smelly-smell that smells... smelly. All at once, a massive swarm of jellyfish overrun Bikini Bottom, and begin attacking Bikini Bottomites! Oh, the horror!

It's up to SpongeBob, Patrick, Squidward, and Mr. Krabs to eradicate the Jellien invasion, and the resulting clones that follow. They'll have to stay one step ahead of the Overlord's advances in order to survive these weird, and rather horrifying, monstrosities that are on the prowl. They've fought robots, bucketheads, and more... surely they can take down some scary Jelliens, right? ...Right?

Sigh, better grab some mayo and get to it! I have a feeling tonight's going to be a very long night.

This is a SpongeBob fan-game, thus featuring a lot of spoofs and parodies to honor the life of Stephen Hillenburg. SpongeBob SquarePants and all related titles, logos, and characters are trademarks of Viacom International Inc. Created by Stephen Hillenburg. Exclusively published by Dave Microwaves Games. Developed by Dave Microwaves Games and Snowmizzle Studio. Uses Unreal Engine 4. All other trademarks, logos, and copyrights are properties of their respective owners.

Want to continue to support me as a developer? Consider checking out my Patreon. Different tiers can grant you access to behind the scenes content, early access to my games and patron exclusive games as well! Check it out here: https://www.patreon.com/DaveMicrowavesGames

This Game may contain content not appropriate for all ages: Cartoon violence, animated bloodshed, suggestive themes, language and crass humor.

Lookin' to snag Around the Clock at Bikini Bottom, are ye? Awesome; here's how you can download, extract, and play the game!

STEP 1:
Before you download the game, we'd highly recommend downloading the latest version of WinRAR, a very important piece of software that will allow you to extract the game. Ensure that you can open .rar files! You can ignore any requests to donate or buy the full version of WinRAR, if you wish.

When you've successfully installed WinRAR to your PC, you can download Around the Clock at Bikini Bottom. Give it some time, and when it's fully downloaded, WinRAR should open the .rar file automatically. If not, open the file through your browser, or in your File Explorer.

STEP 3:
Once the .rar file has been opened in WinRAR, you'll want to select, "Extract." From here, you'll be given a location to save the extracted contents; select, "Browse," and choose a folder location that can hold the file size of the game.

STEP 4:
When you've found a location, create a new folder in that location; name it whatever you'd like, as long as you can find it shortly after! Select this new folder, and then confirm that folder as your extraction location.

STEP 5:
Once that's done, begin extraction! It may take some time, but once it's finished, you can close WinRAR. From here, go to the extraction folder, go through an extra folder or two, and you should see a .exe called, "AtC_BB." Open it, and presto! You've claimed the booty all for yourself. Enjoy your experience!

!DAVE PLS WHEN I LOAD IN AROUND THE CLOCK ET KEEP CRASHING PLS FOR THE LOVE OF GOD FIX THAT PLS AND THANK YO

Game is so good, currently my favorite horror

It's a bizarre rare bug that occurs for some users, mostly due to the save file somehow corrupting. Go to AppData\Local\AtC_BB\Saved\SaveGames and move or delete the .sav file, start a newgame to create a new save game, quit, replace the new .sav file with your old one if you decided to move it rather than deleting it and it should function properly now. Deleting the .sav usually fixes it more often than trying to replace the new one with the old .sav. Hopefully this helps!

Hola Mr. Dave:) I've played your other two bikini bottom based games, and i figured i'd give this guy a try, you're f'in awesome and even if my p.o.s computer can't run it, i'm still saying i love it:) I'll watch somebody's video on it:)

this game should cost money ngl, great game. It was worth waiting almost 2 years

put the alpha in dave.exe pls

I have a question I'm really wanting to know the answer to. If I wanted to fully complete a level, would I have to do all the optional tasks in one go, or could I do something, like, collect a Goofy Goober token, and beat the level, and the token stays collected? Like, the grade of the level gradually goes up with tasks that don't require doing it all in one go?

To achieve S rank, you have to grab everything in one go. You can slowly collect all the items if you wanted to, but you'll be missing the ace.

I know that collecting everything in one go means you get an S-Rank. I just figured that, as I said, you could collect a token or spatula from, let's say, Glove World, and then a token/spatula from Spongebob's Pineapple, and when you went back to either level, the token or spatula was still registered as collected, added to your collection of either item, meaning that you could collect all the items in the game without trouble, and unlock extras, I presume, but to S-Rank, you have to do everything in one go.

Played this on the channel, as a one and done, and I actually am gonna play again, 8/10 for me!

Love it so far!

the spongebobs pineapple level can suck a !@#$

spongebobs pineapple is my favorite level

mine is larrys gym

how i find the game?

You just found it, lol

Dave i have a question whenever i play around the clock at bikini bottom every time im either trying to make a video on it or trying to do tutorial the game freezes then crashes can you help?

Did you have a save file before this happened? Is it not letting you start a newgame?

NVM, I found a way I had to delete the save file for some reason I had to start over but it's ok. I do have a question the was working fine but then i suddenly started having lag spikes which is weird because it was working flawlessly before

itch.io search system is messed up, when you type "around the clock" you can't find this game.

Lets just say that this game does not cost money, if mr.krabs made this. He would be chargin a ton of money. This game has everything a horror game should have (challenging, scary, exploration, simple to follow story, lore, heartwarming and good gameplay). This comment has minor spoilers so you have been warned. The character development is amazing! How patrick goes in SICKO MODE when someone is trying to hurt or attack his friends. Another thing is when in the ending scene of the anchor way 3541, mr.krabs aka. eugene kills pearl the clone version thinking its his real one (i dont know if pearl was a clone at that time but she probably was) chose pearl and left his money which means that he loves pearl more than money. Im not gonna go long with this comment but heres my last sentence. This game is AMAZING!

Nah this boss fight was STRESSFUL

how do you  even play it I can't play it

Could you make it so the All level cheat make it so you UNLOCK all off it in THE LAST LEVEL please i need it i can't get pass the krusty krab D:

Hey dave in patrick's rock in the starfishman section it all started to lag to the point i couldn't finish the level i turned my graphics all the way down and it still lagged can you help me?

Dave,if you can read this,you need to bring back the reload checkpoint in the pause,i need it for Sandy's Treedome to ace the level,please bring it back

it wont let me open the file

Download WinRar. You can unzip this file type with that.

Reply
LCSzninja39 days ago(+1)
I absolutely love this game! It Tilts me! But it is so much fun to play! Thank you for this amazing game! Keep it bro! WOO!
Reply
Robsu-sto39 days ago (1 edit)

I dont understand how to download the game I installed Winar but Excat its confusing me.

Hey,At first the game was working fine, I was having a lot of fun with it and made it up to the krusty Krab but then, when I played the next day it didn’t save. I was quite annoyed but I thought it was just a one off thing so I just thought that I would simply start a new game but it just wouldn’t let me start a new game, it did the intro sequence jut fine but when I tried to start a new game the button simply wouldn’t work. I deleted it and then redownloaded it but the same problem. I even used a different application to extract the file but still it didn’t work, I know my pc can handle it because it worked beforehand. If anyone knows a solution to this problem it would be much appreciated because I was loving the game and would love to 100% it. I realise I am not getting my progress back I just want to start a new game. If anyone knows a solution it would be much appreciated thanks.

I'd reckon you read through this post https://itch.io/post/3246092, but in case you didn't, go to AppData\Local\AtC_BB\Saved\SaveGames and move the .sav file out of there, put it somewhere like your desktop, then start a newgame to create a new save game, quit, replace the new .sav file with your old one and it should function properly now. To find your appdata folder, type %appdata% in your search bar and it should pop up.

you press SAVE IN THE MAP?

The game is working fine for me, but when I go to play it again my stuff isnt saved, fix? 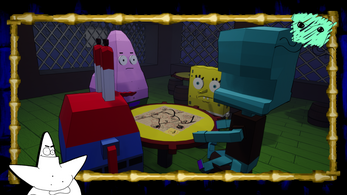 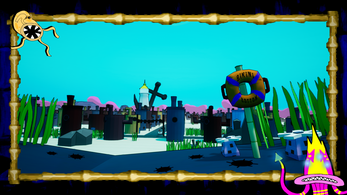 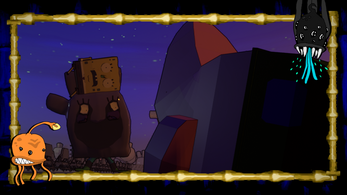 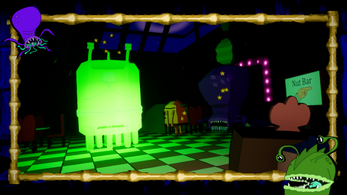 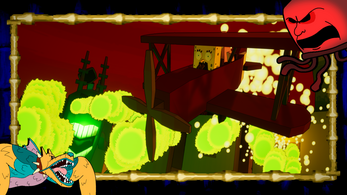 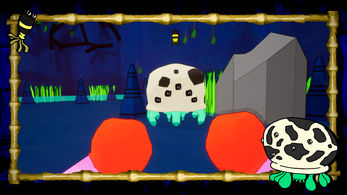 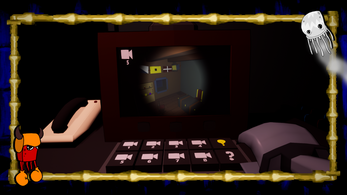