The final installment to the Scooby Horror series is here! Boasting a ton of content to explore and everything you could've ever wanted from one of these games, I'll tell you what.

Honestly, this game took way longer to finish than I initially thought. I was planning on getting this out during the month of Scoobtober, but went the extra mile and added double the maps and enemies, since it felt pretty lackluster and unfinished. Glad to finally have this project done, it was something I had in the backburner for a few years, but I'm pretty proud with how it turned out. Anyway, have fun and I hope you enjoy this silly fangame!

This is a non-profit fangame/parody game. It was merely made for fun and to originally celebrate Scoobtober, a month dedicated to Scooby Doo and our love for the show and it's characters.

Lookin' to snag Scooby Horror: Arcade, are ye? Awesome; here's how you can download, extract, and play the game!

Before you download the game, we'd highly recommend downloading the latest version of WinRAR, a very important piece of software that will allow you to extract the game. Ensure that you can open .rar files! You can ignore any requests to donate or buy the full version of WinRAR, if you wish

When you've successfully installed WinRAR to your PC, you can download Scooby Horror: Arcade. Give it some time, and when it's fully downloaded, WinRAR should open the .rar file automatically. If not, open the file through your browser, or in your File Explorer.

Once the .rar file has been opened in WinRAR, you'll want to select, "Extract." From here, you'll be given a location to save the extracted contents; select, "Browse," and choose a folder location that can hold the file size of the game.

STEP 4:  When you've found a location, create a new folder in that location; name it whatever you'd like, as long as you can find it shortly after! Select this new folder, and then confirm that folder as your extraction location.

STEP 5:  Once that's done, begin extraction! It may take some time, but once it's finished, you can close WinRAR. From here, go to the extraction folder, go through an extra folder or two, and you should see a .exe called, "Scooby Horror Arcade." Open it, and presto! Enjoy your experience!

how long intill the update comes out

Guesstimating it'll be out in the next few weeks.

hi dave my name is blspi im a fan

also will dave.exe be on itchio next year

Dave.EXE's sandbox build will remain a patron exclusive until the full game is finished and released onto Steam. There is no estimated release date at this time, since I'm still quite busy developing Vex Clock, which can be viewed and wishlisted on Steam atm.

THE SCOOBY DOO GAME TO PLAY

This game is better than all licensed scooby doo games , I have ever heard of or played.

The only problem I have are some gamebreaking bugs and finding clues.

The amount of love and dedication this game has is unbelivable.

i found a few bugs during playing this game, but there's one in particular i want to point out;

if you die before putting a trap down after selecting it, you won't be able to pick another one

can you fix this in the next update?

Hey Dave! My game keeps crashing. Can you help?

Are you getting any sort of error message when the game crashes? I can't help much if I don't have any specifics to work off of.

I got it fixed, but thank you! The error was something to do with OpenSSL.

I don't know what to do after the green man chases me in the tutorial. It seems there is no where to hide or run to.

you gotta try and lose him like the tutorial says. what I normally do is run around the barn until I lose him.

Dave is there any chance that you could add a multiplayer mode? Me and my friend really love this game and would like to play together. I understand if you cant, its up to you.

I would love to add multiplayer elements to my games, but networking in Unreal Engine is a righteous pain compared to the likes of Unity. Definitely something I would love to explore more in the future if time allows it.

I'm afraid that's not something I can patch. Judging from the amount of ram you have, it's possible your processor and/or graphics card may not be up to snuff to run the game at a decent framerate.

Is it me or does the monsters mostly know where you are? because i feel like they always near me.

the monsters know generally where you are, so they'll always be around you.

ey dave this might be unlikely, but are you going to expand this game on it's 1-year anniversary

I've thought about expanding the game with five extra levels, but I'm still considering it.

if it happens (wich i hope it will) do you have any new ennemies in mind for the game?

I want to give a big shoutout to Mircowaves Games for this game and keep up the good work.....

You mean you can't access the extras menu? Did you try going into Windowed mode to see if it's because of your screen resolution?

i finished  this game all achievements or badges idk maybe revisit the game???

Fantastic game, a little odd that rooby snacks and rubber boots are both tier 1 items since they greatly reduce the difficulty of the game, more so than anything else I tried.

There is an extras label in the menu but I can't click it despite having beaten every level, was it never implemented or is the button for it off the screen because I'm using a 16:10 resolution perhaps?

It's possible that it's your monitor's resolution, can try going into window mode and see if that helps. Also, were you clicking on the sticker that says "Extras" or the big red button itself? The button is what takes you to the extras menu.

Ooh, I tried the red button again and this time it worked, but only on the outer third of it, I think the fact that the menu isn't dynamically refitted to the resolution makes the button hitboxes and their graphics not match. It's not a problem in the middle of the screen where it only seems to make the buttons' hitboxes slightly bigger in both directions, but seems to get worse the further you are to the sides of the screen.

And while this screen looks correct, a few other screens in this game as well as others can have the UI slightly off center to the right which occasionally results in text being cut off.

Since you asked I also tried going into windowed mode and lo and behold, that actually fixed it. I've seen plenty of games where the windowed mode retains the aspect ratio.

Ah I gotcha. Yeah UE4's UI can definitely be a pain to work with when it comes to anchoring buttons/text to make sure they fit with every aspect ratio, lol.

I cannot get enough how good these fangames are!! <3 <3

hi dave! can you explain the monsters abilities sometimes i dont understand

Spooky Space Kook: Spawns with Energy Fields around the map that will slow you down while inside them.

The Creeper: Teleports around the map to ambush you after losing sight of you for the first time.

Captain Cutler: Covers Clue spawn points in seaweed. You won't know what's under it until you remove it.

Green Ghost: Is cloaked until he spots you.

The Witch and the Zombie: Forces you to capture both enemies.

The Black Knight: Charges at you in an attempt to impale and kill you.

Snow Ghost: Roars and shakes your camera sometimes when a chase begins.

Witch Doctor: Has a statue that always knows where you are, and will relentlessly pursue you in an attempt to kill you.

Charlie the Robot: Is the fastest enemy in the game.

hello dave microgames that this game runs on a pc with 2 gb of ram an amd sempron (tm) 145 processor 2.80 ghz and my graphics at this moment i don't remember what it was called but it's like 500 or 800 mb

basically, sometimes, it instantly teleports you to the stopping point instead of playing the animation of you riding the carts. can you see what's going on?

the game finally works for me no

The Magnet can either spawn on the left or right alley by the entrance, or in the back alley near the way to the rest of the park. The Scissors can spawn on a table near where the Scooby Snack box can spawn, in a storage area or in the bar area. The Wrench can spawn in 3 areas in the Hall of Mirrors.

thx i appreciate it

Great game. Can't help but wish for an easier mode, or an option for slightly slower ghosts. I'm not as young as I used to be...

it is Strange to see our Best supporter Playing this,
and from what i have seen,
this is made with unreal engine,
Good job AttackMuskrat!

Reply
LCSzninja356 days ago
THIS GAME WAS FIRE FIRE!! I LOVED THE LAST MAP I PLAYED!! Just super hard to find all the clues!! Great work!!
Reply
Artsy_Foxy356 days ago(+2)

could their possibly be more updates to this game?

I'm pretty satisfied with the state of the game to be honest. A future content update is possible, but it's not something I plan on doing anytime soon.

Awesome, love your games it inspires me to start making my own.

here is my second part 😘

hi, big thx for the nice game. greetings from rosti 😘

i prefer the witch doctor because

b. "im going to beat your ass nyeh heh"

You're a legend Dave! Had a blast playing and will def be playing more of it soon. Easily one of my favorite nostalgic games of the year!

Reply
SnickerDudeAl364 days ago
this legit scared me.. more then once... my goddamn pants are filled
Reply
Viewing most recent comments · Next page · Last page 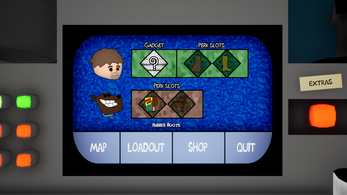 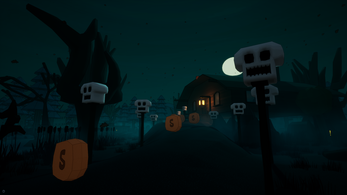 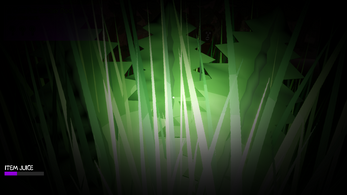 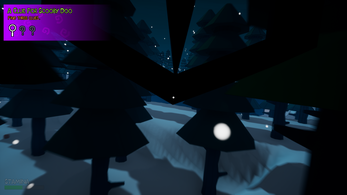 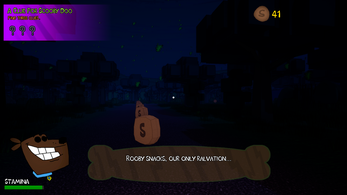 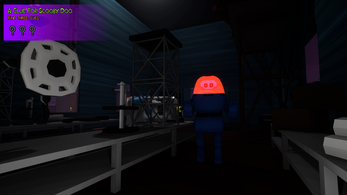 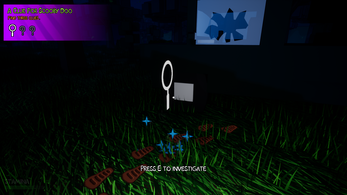 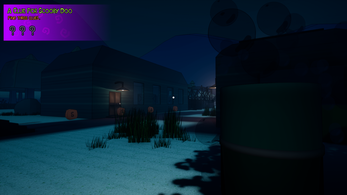 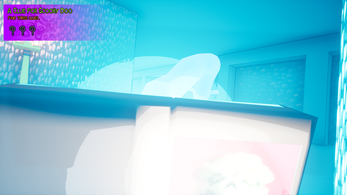 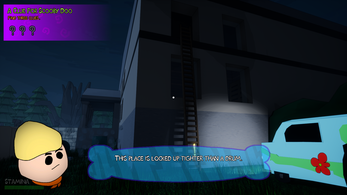