The game keeps lagging, and I tried turning all the options on low

Hello, if you can answer this question for me, is there any possibility of a second part of Around the clock at bikini bottom?

Hay I have a Bug wen I start the game it douse not crash any more just turn off the internet. But a new error washes up on the shores of goo lagoon. The new game Botten douse not work for me but the continue button douse. But the map douse not making it unplayable.

Your save file may have gotten corrupted. Go into your Appdata\Local\AtC_BB\Saved\SaveGames folder and delete the .sav file. After relaunching the game, it should create a fresh save file and hopefully fix the issue. You will unfortunately lose your progress, but the game should function properly now.

I did everything correctly and got the game. But when I open it, it freezes and closes few seconds later... do you know why?

FOUND A FIX just disconnect from the internet and run the app.

Please tell me the solution to this problem:

Download the game, it goes to very good FPS, my problem is that when a few seconds pass after opening the game, the game freezes and closes

FOUND A FIX just disconnect from the internet and run the app.

why is most of the comments complaining about issues ):

To listen to the OST

I need some help. when I start the game up its a black screen for 30 seconds and then a error screen pops up saying that it timed out. If anybody knows how to fix this please tell me!

and another thing I noticed is that there was no chum bucket level. What's up with that actually? I'm not saying to work on in I'm just pointing it out. Was there a reason why you couldn't add it?

It wasn't cut from the game, we simply didn't need to/want to add it to the game.

I mean yeah it makes sense, Why would the gang need to visit there anyway?

By any chance can you delete OpenSSL from the game? It isnt needed and it causes crashes on newer gen Intel CPU's

Ah, UE4 games are usually packaged with OpenSSL for some reason, which causes issues for some folk. Feel like I heard a couple other UE4 games having this issue as well so at least I feel a little better about it not being a me thing, LOL. But if I ever do find a way to remove it from past, present and future games, I certainly will. At the moment, the only bandaid fix for this is to disconnect from the internet and launch the game.

thanks for answering! But there is another way that apparently fixes it (I say apparently because I haven't tried it cus my pc is OLD old but it has worked for a few people i know of). This apparently is a more permanent fix from what i hear 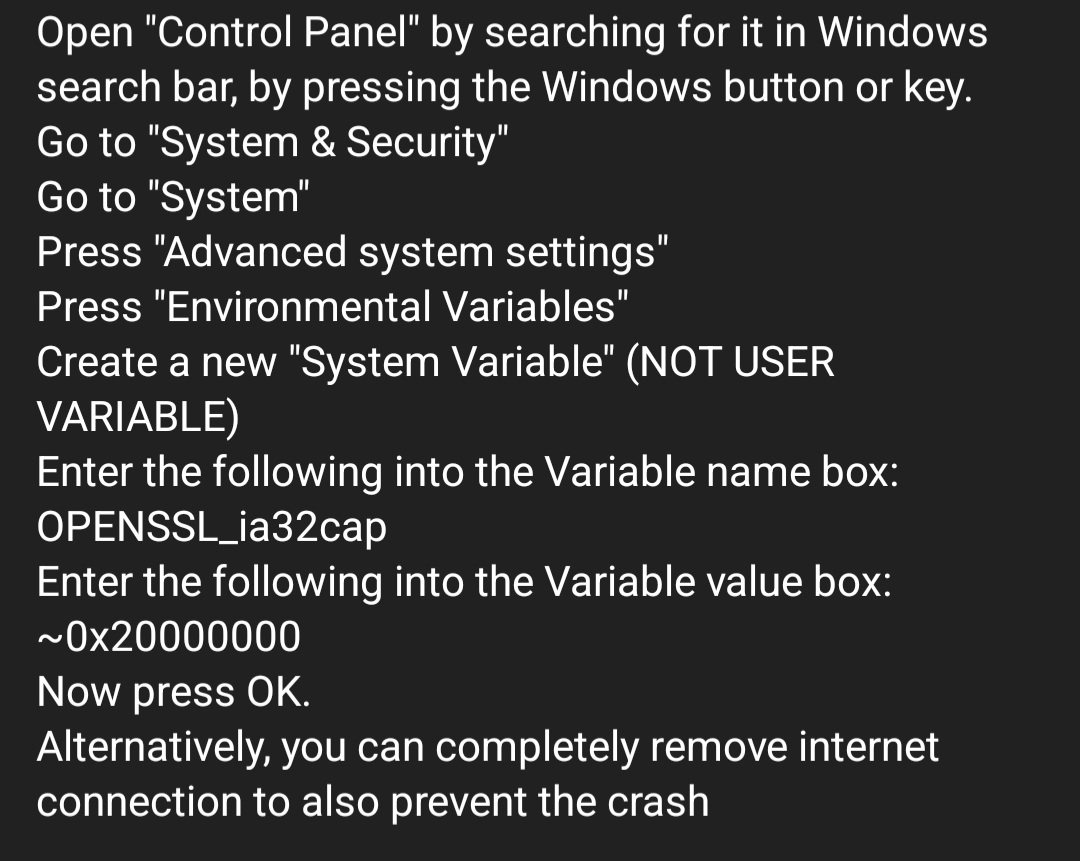 can you get it on iOS

My games are for Windows only, sorry! If you ever see any of my games on the appstore, I wouldn't trust it. More likely than not, it's a shady bootleg.

Yes, this game is based off the episode "Planet of the Jellyfish." Sorta like an unofficial sequel to it.

Wait a minute wasnt this entire game based off a real spongebob episode?

how you get to winrar

i didnt think poeple were dumb to this far

You need winrar to unzip the .rar folder. Once unzipped, you should be able to open the folder normally and launch the application.

Just did, thanks! But I might have messed it up, pretty sure the mouse and game shouldn't be moving at the speed of a sloth and lagging the whole screen. Right?

That may be a PC issue, I'm afraid. Don't know what would cause that.

are you a hacker dave? my dad never figured out how to get me in the game.

hi dave i downloaded the game like a week ago and the first day it was fine i played till i got captured in the glover world and then i exited the game and the next day the when i launched the game it said fatal error and its been like that till now do you have a fix or anything for this ( i have some of your other games but they are fine and dont have this problem) edit: right after i wrote the commet strange terror form beyond the stars gave me a fatal error but this time its with a location any idea how to fix this as well?

Does the error message say anything besides, "fatal error"? I'm afraid I can't help you without any details.

This is the game's main page, yes.

uhhh can someone help me i make the game open on word pad (by accident) and idk how to change it :,( (if someone respond thank you)

If it's appearing as a Wordpad, it means you don't have any unzipping application installed on your PC. You'll need Winrar to unzip the game's .rar folder. There are instructions on how to do so if you read the installation instructions on the game page.

There's a bug with the version of OpenSSL in the build of UE4 used to make the game. If you are using a computer with a 10th, 11th, 12th, or newer gen Intel CPU you will have to do the following steps in order to play the game.

Alternatively, you can completely remove internet connection to also prevent the crash

I do wonder why the game needs to use OpenSSL when there are no obvious functions that need a network connection. Hopefully this can be fixed in the future as it does affect a large portion of users.

So is that one major glitch in Sandy’s freedom fixed in the newest version? I really wanted to finish the game, but I can’t because of that. if this new version is fixed I would totally re play everything if I have too! This games awesome

If someone could please help me, that would be great. Because I have the 64 version of the game, and yet I still have the rendering error in sandy's tree dome

this game is better than 90% of aaa games. This is in my top 10 favorites and top 5 favorite horror games. Amazing

My cutscene is working until there's pineapple and sky gets red. Then my game shuts down

I'm experiencing the same issue. Can't seem to figure it out.

from atomicsloths: How to fix the game crash after about a minute of playtime

There's a bug with the version of OpenSSL in the build of UE4 used to make the game. If you are using a computer with a 10th, 11th, 12th, or newer gen Intel CPU you will have to do the following steps in order to play the game.

Open "Control Panel" by searching for it in Windows search bar, by pressing the Windows button or key.

Enter the following into the Variable name box: OPENSSL_ia32cap

Alternatively, you can completely remove internet connection to also prevent the crash

I do wonder why the game needs to use OpenSSL when there are no obvious functions that need a network connection. Hopefully this can be fixed in the future as it does affect a large portion of users.

cant get .rar files to work

Get winrar. Install it and extract it. Right click on the around the clock and press extract. Go into the folder and open the .exe

Its not availible for mac

epic game i love the graphics

Extract the former is 2 gb, after decompression is 14 gb, cow force

i did not mean half a year in my comment. i mean over a whole year. I just went back to see if you patched the krusty krab glitch but other than that glitch i forgot most maybe even everything about atcabb so i think me replaying on stream will be a perfect way to see reactions, memes, etc.

hi dave. In the summer i'm going to be streaming atcabb. I will have 4 streams. the first one will be for beating the game normally. the second stream will be for s-ranking all levels except for 1 level. The third stream will be a whole stream dedicated to the krusty krab level s-rank but if i beat that early in the stream i will go for some extra's. Last stream will be all extra's minigames, cheats. just 101%ing the game.

Do you have any plans for updates that include new content?

I'm not asking for a update, I just want to know.

i am stoked to hear about new updates as well

plus i spent as long trying to s-rank krusty krab as I did writtting that comment, Not very long

ok. thanks for repliying but the problem is i don't want the trophies to say i'm a cheater. So i will keep trying to s-rank it normally.

Hey Dave. atcabb is a great game in so many ways. but I spent several hours trying to s-rank Krusty krab. I just have one favor to ask for atcabb and that is to add the flying dutchman glitch back. Plus all the people that s-ranked all of atcabb had already used this glitch including myself before i starting a new game half a year later. So i'm begging you, padre, and all developers and people who helped create this awsome game to please add this glitch back. That's the one thing i hate about this update and that's all I want. i don't care about all those others patched glitches just please bring back this one glitch. please and thank you.

I don't plan on adding back this bug since The Krusty Krab was never intended to be easy to S-rank, it is supposed to be the hardest difficulty after all. If you wish to S-rank it the non legitimate way, you can just use cheat codes.

Honestly the krusty krab s-rank was pretty easy. Took me one attempt but that m8ght have been luck or skill. Great game!