You and a gaggle of unfortunate souls were kidnapped by a flesh eating corn cult! It's up to you to save your friends and escape Yunder's Farm of terror!

Our Savior: Recorn Culted is a remaster/sequel of the original Our Savior game, a Patreon exclusive of mine that sort of flew under the radar for most folks. This version of the game offers a variety of new content to spice up the gameplay flow, artstyle and overall be a much more pleasant experience. Our Savior was designed to be a sort of Slender clone, in the sense you gotta find and rescue 7 friends and avoid a group of enemies stalking you. The twist here is each enemy has their own unique style of hunting you! One may be attracted by startled crows, one may lay beartraps around to trap the player, etc.

In order to download this game you must purchase it at or above the minimum price of $1.50 USD. You will get access to the following files:

i liked playing through this game a lot, but i have something to ask:

is it just me, or does the "A Mighty Storm Approaches" challenge feel harder than the other weather challenges?

This is a pretty good game! But is there going to be a sequel to this game? Like maybe a story mode to this game

Good stuff, had a lot of fun with this one, here's some bugs and "bugs" that I found.

Yunder might have a slightly dodgy hitbox. I've several times been caught by him when it felt like I shouldn't have (maybe he just has more reach though?) And he once had a stick of dynamite phase through him.

When there's multiples of the same enemy type you often get them saying the same line overlapping each other and they also often walk the same route basically inside each other. There should probably be some override to prevent these two things from happening. To be honest, this is another thing I've just seen happen with Yunder, and it was in the maize maze level, the challenge version where there's three of him.

This game Bangs.
you needa play this

No, I'm pretty much retiring on parody games after Scooby Horror: Arcade and focusing on original projects I have planned.

will you work on another unky game

those are fun games

Dave, you promised us Scooby Horror: Arcade this month. Where the hell is it??

Aka, the game will be done when it's done. When I said November, I basically meant anytime this month, and considering I'm still working on the last map and need to add a few additional last minute features, it probably won't be done till the end of the month or something. Who knows, y'all need to give me time, lol.

No pressure though. If you do ever decide to make another Our Savior game, then I will definitely buy it. Keep being awesome, you're doing a great job!

Collecting 7 notebooks in Baldi's Basics versus in Our Savior you are saving 7 friends. I just meant it was similar in that way, and the fact that I'm pretty sure Yunder gets faster as you save more friends, similar to Baldi in Baldi's Basics as you collect more notebooks.

dave .exe well be free or you have pay

Yeah, generally most of my newer original games will have a price tag.

remember when i said i cant buy things on my laptop well if the price of dave.EXE going to be less then five dollars then i will be able to buy it (i am not saying that for you to put it at a lower price)

i can wait too play scooby horror: arcade

COME ON DOWN, AND TRY SOME CORN, OR WE WILL SACRIFICE YER NEWBORN!!!

i can Wait to play dave.exe

yhea glad your my first follower

whats your next game dave

I just released this game a couple weeks ago, lol.

I found a bug where Roogus spawned inside of the corn in the filthy fields arcade mode, I'm not sure why, He's just in there and he can't get out.

Oof, thought I patched that before the game released. Guess it still somehow slipped in, lol. I'll try and release a patch for it soon!

HarveyB, one of the folks that worked on previous projects of mine.

oh ok and i thought it was padre

I played through this and beat all the challenges and stuff, And I think this game is really good!

But one thing I'd like to suggest is to maybe be able to raise the amount of enemies in arcade mode kind of like how the challenges did. Like having 3 Yunders, Or 7 Chumbos. But you don't have to do it though. It's just a suggestion.

Is it me or does Chumbo just know where you are at absolutely all times? Because it seems like once he sees you, there's no getting away from him since he will not stop going in my direction if he finds me once.

Yeah, he's designed to hunt you down relentlessly. He's slower than others, so use that to your advantage and keep moving. 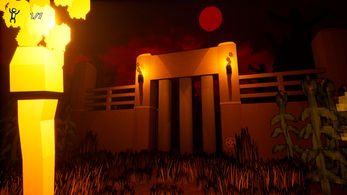 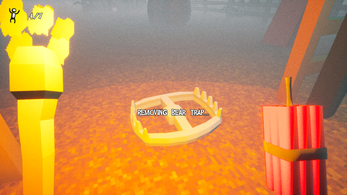 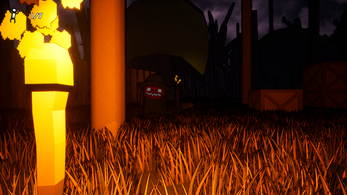 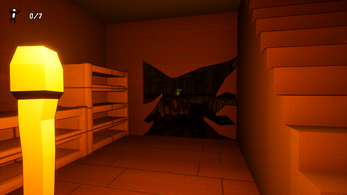 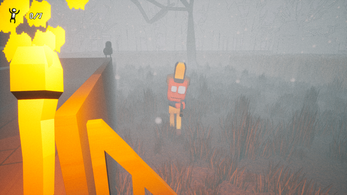 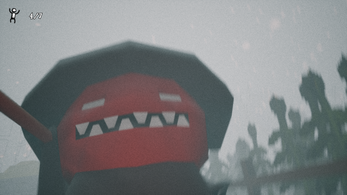 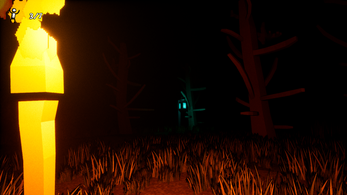 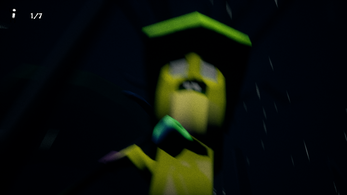