Story: Something or someone has slaughtered your cattle and murdered your family. Your whole life is in ruins but all is not lost. A friend tipped you off on who could've possibly committed this heinous crime. Apparently, a murderous vampire known as Nosferatu has been on a killing spree as of late, and is hiding in an old dilapidated castle deep in the forests of Transylvania. Now's your chance to visit this old castle and find out if he really does exist and if he really was the one who destroyed everything you loved.

Nosferatu's Lair of Doom is a horror, adventure game set in the early 1800s. You play as a fine gentleman out on a quest to find Nosferatu and end his reign of terror. Unfortunately you didn't bring any sort of weapon with you, as you thought this vampire was just a hoax. But boy were you wrong... Now you're stuck in this castle, forced to find a way to signal for help and hopefully kill Nosferatu in the process. Will you escape without slaying him or will you get your revenge?

Find out, in this short one shot horror game made by yours truly! Enjoy!

Spongebob,squidward and -the other guy-: NoSfErAtU -shakin no hand intensifies-

One of the best, and most confusing horror games I've ever played. Had a blast the entire time.

This was actually pretty fun and I love how the graphics are almost exactly like in the movie (Timestamp: 0:00)

I liked it very much , awesome graphics and design, the atmosphere is kinda heavy.

Great atmosphere horror game! I really enjoy while i play it!

For A two year old game it still lives up to the time, I had so much fun playing the game the  monsters were funny and creative in a scary way, and thank you for the checkpoints because there is no way I was gonna beat this game without one. Your games are never disappoint.

and spongebob? the lights?

Reply
Gothictech2 years ago(+1)
cute, adorable, sinister and made me freak out. well done
Reply
feidhlem3 years ago

great game, I got lost near the end on what to do

Fun game. Even though I didn't beat it I still had fun. I'll defiantly play it again and see it I can beat it!

Bro this game is crazy but Cool

Such a SCARY yet ADORABLE game!

I have to admit...I wasn't expecting to scream as much as I did when I first saw this game...but...I did...

Here is my gameplay of "Nosferatu's Lair of Doom." (Gameplay starts at 18:22) I hope you enjoy the video, but MOST IMPORTANTLY you NEED to try this amazing game!

I've seen a lot of your games pop up on my Itch feed but for some reason have never ventured into your world of lo-fi horror! I seem to have waded right into one of your hardest to beat projects to date too, but that certainly didn't taint the experience for me!

Straight off the bat, the style is great and I love it, especially the grainy old movie effect you've got going on. The character design is awesome, the fact you've created characters that are creepy and yet oddly cute at the same time is something I really appreciate!

The puzzle solving and platforming elements really gave this game an extra slice of uniqueness too, not often you see jumping around being part of a survival horror game, but with hiding seemingly out of the option, jumping is the next best thing.

I didn't manage to beat the game, but I think getting one chest was a good enough achievement for someone like me who is terrible at remembering which way to go and even worse at surviving!

I don't really need to say this, but keep up the awesome work (I know you will, you're incredibly prolific!) =)

I think this is one of your most difficult ones! Loved it though the changing castle on death made it kinda annoying on replays ((I died a lot XD))

This game was really scary and fun to play!  Your games are the best great job :D

So fitting game and theme so close in on halloween. Perfect timing! I just love the whole classic movie style on the picture. Looks old and fits the environment good when it comes to monsters and old castles.

The game itself must been the hardest one yet from Dave Microwaves Games. Out of them I've played so far, this one sure is the toughest to beat. The first part of the game is the easiest. Most due to the fact that the monsters doesn't come after you as much and you can hide a bit to let them go away before you continue. But then part 2, holy sh*t! Finding these crystals seems to be easy at first. But when you realise that the whole castle changes places on the rooms everytime you get caught and have to try again. It becomes very challenging at the same time you having these monsters following you very up close. Especially Mr.D with his teleport ability.

So far Daves Microwaves Games best game so far. Challenging, tricky and adrenaline pumping. An overall awesome horror game for halloween. Everyone should try this one out if the looking for a scary and challenging game.

what program you used to make this game

Oh man this was a fun game! Very challenging and lots of surprises around every corner! Nosferatu is very relentless so be ready!

Alright, here's my take on Nosferatu's Lair of DOOM! I earned the good ending, and hoo boy, it was a pain in the behind.

This is easily one of Dave's hardest games in his line-up of low-quality horror, which can serve as both good and bad. On one hand, I appreciate the challenge compared to his other work. On the other hand, it can seem unfair at times. The random map generation could've been handled a bit better so that proper strategies could be made, but due to the map changing upon death, you couldn't really formulate much of a map-strategy. Another thing: I really think the key could've had some twinkle partice effects or something to make it stand out more, because it took me ages to figure out it was there. The only two major complaints about characters I have mostly revolve around the second half of the game. The Frankenstein-looking lackie of Nosferatu's had too long of a hold on the player, and he was surprisingly quiet at times when you take his size and what he can do into consideration. The only other complaint is with Nosferatu, whose teleport ability seemed a bit unfair at times, especially in one of the narrow hallways where there was almost no chance of slipping by without being in his kill radius. As a final statement, I wish the spider's webs would actually slow down the other characters, because I think the spider moved a bit faster while in the web.

Overall, as mad as I became at the game, I enjoyed the experience. I really like how Dave's adding cutscenes, although he forgot to remove the view reticle in the intro cutscene, but I digress. I can't wait to see what other games come from this shoddy microwave of a man! Perhaps you could revisit the pixelated horror scene again after Bunky's success, I dunno. Have a lovely day, folks!

That's some really good feedback. I might be able to go back and update it with some of the stuff ya said. But I'm gonna first see if I have the time to do it, since I'm pretty busy now with the development of Strange Terror From The Deep and Dracula's Castle. Hopefully I'll find some time soon to go back and change/add some of that stuff you said.

But I'm glad you enjoyed it regardless of the hard difficulty. :)

Well done! Very challenging and fun... scary too.. a bit! I got the good ending!! Keep up the good work!

I got so scared in some parts of this game, and I am the kind  of person that gets scared by jumpscares very easily.  i usually don't want to play games after they jumpscare me but i couldn't put this down. this game is so much different and soooo much fun!

I actually planned on changing the text from "easy to find" to "hard to find", but I honestly thought it was funny the way it was and kept it in. The funny thing is, is that I thought it was easy since I knew the locations and thought people wouldn't have a hard time.

this game was so Frustrating! Yet silly and fun at the same time LOL XD thanks

Amazing work as always Dave! Its always a treat to play one of your games, scary yet simple to figure out with a lot of character and personality ! Awesome job!

the game was good but i was wondering how did you come up with the name nosferatu? xD

Ah, I didn't come up with that name. The name "Nosferatu" has been presented as possibly an archaic Hungarian-Romanian word, synonymous with "vampire" according to Google. The game however was inspired by the 1922 movie called, Nosferatu.

This had jumpscares that I loved. So good. Definitely my favorite Indie Dev. I didn't beat the game.......but I was close?

Really nice game with an interesting art style. I just wish that nosferatu had a distinct walking sound to him.

WE MADE A WRONG TURN, FAMILAM... AND WE PAID FOR IT.

Thank you for taking some time to watch it, I appreciate it. You should play it, is good.

P.S. Please be sure to support Dave and all his amazing games!

Another great game! Couldn't imagine getting the good ending lol but I beat the game in my own way! Really great map and parkour requirements!

Reply
ReapeeRon4 years ago(+1)
Great game as always Dave!  This one was probably the hardest one of yours that I have played.  I managed to get both endings but it took me quite some time.  Keep up the good work that we all love.
Reply
zsr4 years ago(+1)

Great game this was a lot harder than your other ones and it took me an hour definitely a good challenge. The jumpscares got me and the overall feel to the game was just spooky great for halloween lol. 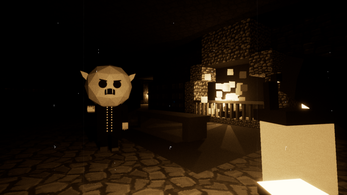 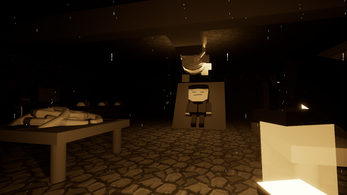 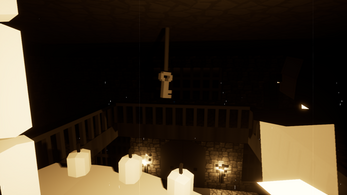 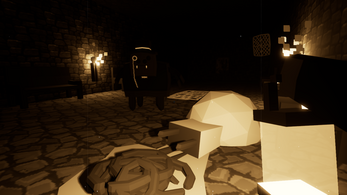 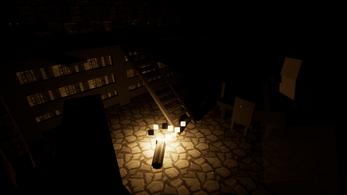 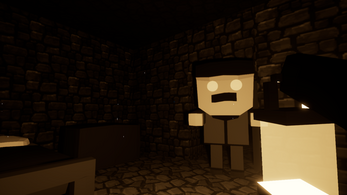